Bert Deivert is one of a handful of professional roots blues mandolinists in the world today, but he is also a renowned singer/songwriter and guitarist in the folk and blues world. Building on the traditions of his mandolin favorites Yank Rachell and Carl Martin, he has developed a unique style with his own twist on it. In 1966 Bert saw Son House on public television and was so amazed by what he saw that he immediately broke a wine bottle to make his own bottleneck. He has been hooked on the blues ever since. His road to the blues began then and crystallized on the streets of San Francisco in 1973-74 where he honed his skills with fellow musician Peter Case, gained experience, and held audiences with his particular music mojo and powerful voice.

Born in 1950, and raised mostly in New England, he moved to Sweden in 1974 and has used it for his base ever since.  He has been touring and sharing music with musicians from many cultures since 1973, in the US, South America, Europe, and Asia. Bert has performed in 25 countries, including tours in the US,  Australia, Russia, Scandinavia, Thailand, Ireland, Spain, Italy, Germany, and Holland.

Bert Deivert has captivated audiences with his musicality, humor, and sense of showmanship and history. His repertoire consists of original songs and traditional and modern material in the genres of roots, blues, americana, and folk.

Bert recorded a duo album, 13 SAMSEN, with famed Thai blues guitarist Dulyasith Srabua performing material in both Thai and English. It features some of the best blues musicians and singer/songwriters in Thailand. It created a buzz in Bangkok among blues and folk musicians there and was re-released on a Thai audiophile label in limited edition vinyl and direct to disc cd in 2018.  Bert and his co-writer Dulyasith Srabua have won two songwriting awards for Best Instrumental in Thailand, in 2009 and 2012. Deivert’s albums have had rave reviews all over the world. He is currently writing original songs for the next one, his 15th album. Bert still lives in Sweden and tours wherever the blues take him… 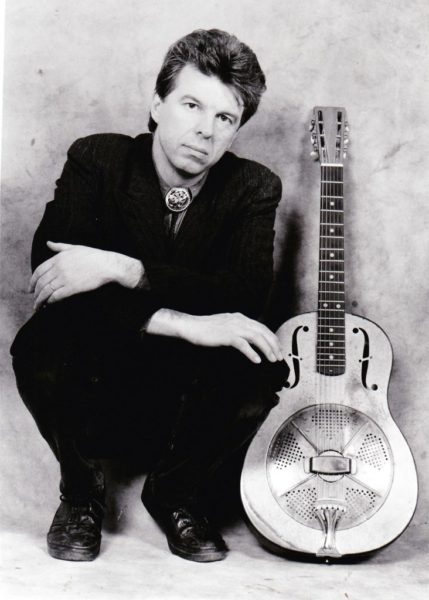